In Greek, the word “Dodecanese” stands for twelve islands, deriving from the word "dodeca" meaning twelve and "nisia" meaning islands. The Dodecanese Islands are the southernmost group of Greek Islands located way down in the south-east of the Aegean Sea, just off the coast of Turkey. As a matter of fact, they are not twelve in number but many more...Telling a white lie about their name, all we could say about them is that they must have a seductive character ready to gloriously mislead us to an unforgettable experience of traditional and serene island life.

Getting to know the Greek Polynesia 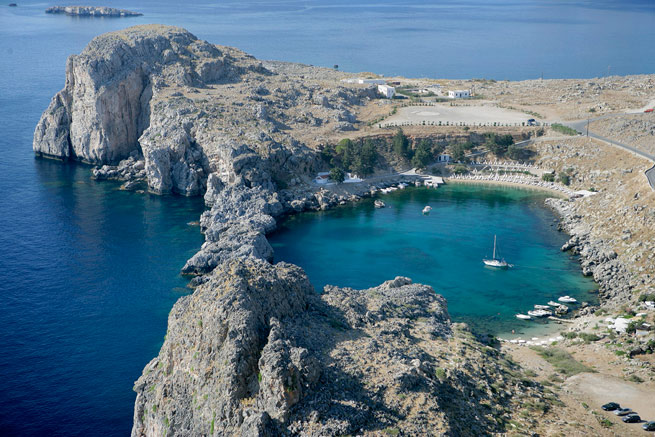 The island complex of the Dodecanese is situated in the south-eastern side of the Aegean Sea, in what constitutes the sunniest corner of Greece. The island complex stretches between Samos island, Crete and the shores of Asia Minor and counts eighteen large islands, such as Rhodes, Kos, Patmos, Astypalaia, Kassos, Kalymnos, Symi and other, but also numerous smaller ones, such as Arki, Telendos, Farmakonisi, Makronisi etc. The list of islands belonging to the complex as such, is endless. This is where you will witness the cleanest and coldest seas, a plethora of both sandy and pebbly beaches, numerous significant archaeological sites, imposing Byzantine and medieval monuments and a string of unique traditional settlements.

If you are seeking to discover lesser-known destinations or the larger and more cosmopolitan islands of the complex, you will simply be spoilt for choice. What is excitingly interesting about the Dodecanese is the fact that the islands belonging to the complex do not share the exact, common and typical characteristics between them. On the contrary, they present the guest with so much diversity making it the key feature of choosing to visit them. You will soon discover that a check list will come in handy...because, simply enough, you will want to visit them all ! 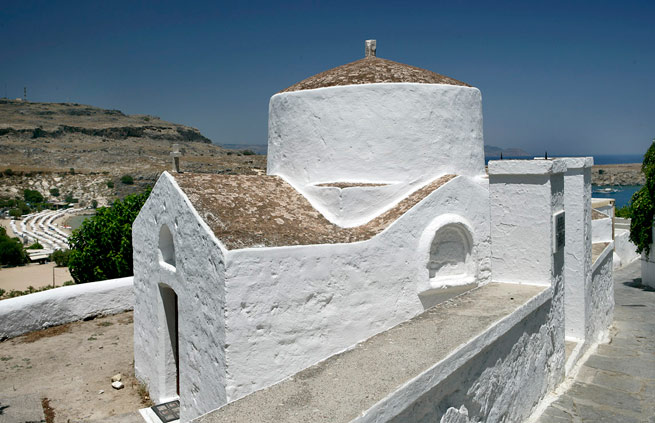 Let the marvels of the Dodecanese take you to an unforgettable voyage back in time...Medieval castles and knights, narrow stone-paved alleys, turquoise crystal clear waters and picturesque villages so distinct in their style like nowhere else in Greece. This is where you will see specimens of the Greek archaic times, the Classical period, the Middle Ages, the Ottoman rule, the Italian occupation and of course, contemporary settlements which were entirely created after World War II.

Each of the islands of the Dodecanese bears a long and interesting history characterized by significant events through the years which testify an absolute rich course. Located between the Greek mainland to the West, the shores of Asia Minor to the East and the coasts of northern Africa to the South, they inevitably created important and chronic links with many different cultures, peoples and religions.

Through the passing of years, undoubtedly those strong influences from various and diverse cultures managed to respectively alter any initial typical characteristics the islands had in their architecture, the dress code, the music, the gastronomy and, of course, the traditional customs.

The architectural style in particular demonstrates strongly the abovementioned influences ranging from medieval castles and palaces, to specimens of “neo-realistic style” elaborate buildings of the Italian occupation and to traditional Greek village settlements. This is where you will encounter multiculturalism at its best twined with a rich identity which justifies why the Dodecanese constitutes a top choice for visitors coming to Greece.

Be enchanted by the complex’s natural wealth, its grandeur, its diversity, its culture, the local feasts and festivals, the events, its sumptuous gastronomy and the endless beaches at your disposal. Each island is a unique experience and all of them together a dream destination that will fulfil the needs of the most demanding among you.

…to the present day

Their main aim is to misguide you of your exact location and to mislead you as far as loosing track of time is concerned. Put your minds at ease and just enjoy the intake of the endless parade of images to your utmost gain...From the capital island, Rhodes, to the smallest and most secluded islet of the complex.

Lango's premium balcony to the Aegean

The mythical origin of the name Lango

Dive in local wine flavors at Lango every Sunday

Music is in the air at Lango