Picturesque villages and crystal clear waters! On the dream island of Ios, everything is possible… 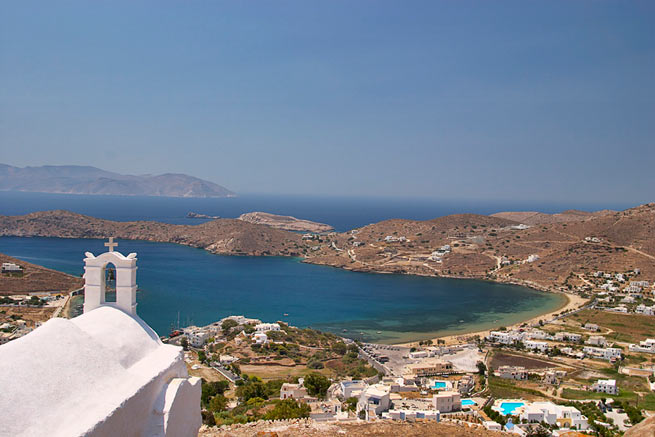 Numerous divine beaches are waiting to convey you to heaven and to a place where you can simply let go of the things that burden you and forget exactly where you are located. The island of Ios will absolutely enchant you with its beaches where golden sand and bright white pebbles co-exist harmoniously. The crystal clear waters of its shores, an outstandingly picturesque main town and hospitable inhabitants, complete the picture of what you need to know in order to make it your selected destination. When you arrive, allow a few extra days…and simply extend that feeling of extreme satisfaction from your holiday.

Although not widely known, the island of Ios is one of the most beautiful islands in Greece. The island of Homer has been gaining points during the past decade and is currently proud of its rich nightlife, its unique golden beaches, its local gastronomy and its beautiful nature. An island which definitely deserves to be within the list of your dream destinations.

Getting acquainted with the island

Its name possibly derives from the Greek word “ion” (flower) due to the fact that in antiquity, the island was said to be full of blossoming flowers. Theisland of Ios is indeed a “Cycladic flower” ready to spread its fragrant beauty, with whoever is willing to explore it.

The island’s main town is called Chora and it is built amphitheatrically, up on the hill overlooking the port. It is a very picturesque Cycladic settlement with marvellous white washed narrow alleys, countless white and blue chapels, paved squares where children play till sunset and a main commercial road with restaurants, boutiques, bars and clubs for tourist purposes. This is the exact spot where the ancient town of Ios was located too. Large sections of the ruins of the town wall are still there to remind us of the island’s past over the centuries. The Temple of Apollo, parts of the ancient agora (market) and numerous findings which are hosted at the Archaeological Museum of Chora near the City Hall, will convey you to the island’s rich past.

Leaving the Chora behind us and heading east, we find one of the most beautiful spots of the island where the old white windmills are located. At the top of the settlement we will see the open amphitheatre named after the famous Greek poet Odisseas Elitis. An architectural masterpiece made of stone and marble that offers breathtaking views to the Aegean Sea. Additionally, the church of Virgin Mary Gremiotissa with the palm tree next to it, constitutes a typical connotation to the island of Ios.

At only 3 km from the main town, Chora, we come across the settlement of Mylopotas with its long golden sand beach. If you wonder just how calm this area of the island can get, the answer is “not much”. The beach is packed with visitors from all over the world from the early morning hours till sunset and then again after dark for a vibrant night out. Mylopotas is clearly the most cosmopolitan spot on the island. In your quest to discover paradise on Earth, we suggest you visit other beaches of the island too, such as Agia Theodoti, Psathi, and Maganari where the film Le Grand Bleu (Big Blue) was shot, as well as numerous other secluded beaches which are only accessible via small boat.

Hideout Suites: We discovered the uxury suites with private pool on Ios island

Hideout Suites composes of 12 minimal suites amphitheatrically built above the golden beach of Mylopotas and it will definitely...